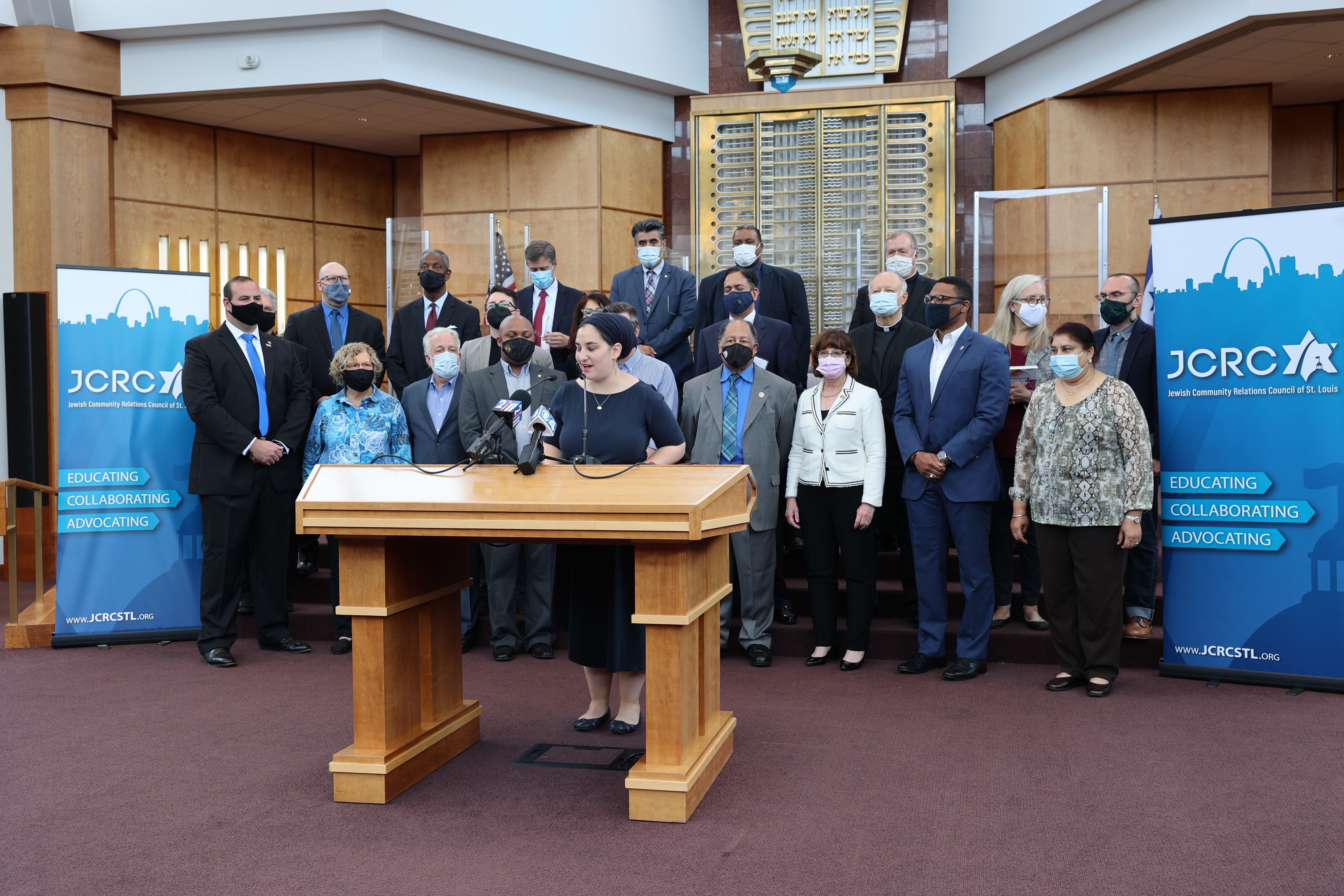 Maharat Rori Picker Neiss serves as the Executive Director of the Jewish Community Relations Council of St Louis. Prior to that she was the Director of Programming, Education and Community Engagement at Bais Abraham Congregation, a Modern Orthodox Jewish synagogue in University City, MO. She is one of the first graduates of Yeshivat Maharat, a pioneering institution training Orthodox Jewish women to be spiritual leaders and halakhic (Jewish legal) authorities. She previously served as Acting Executive Director for Religions for Peace-USA, Program Coordinator for the Jewish Orthodox Feminist Alliance, Assistant Director of Interreligious Affairs for the American Jewish Committee, and Secretariat for the International Jewish Committee on Interreligious Consultations, the formal Jewish representative in international, interreligious dialogue. Rori is the co-chair of the North American Interfaith Youth Network of Religions for Peace, a CLAL Rabbis Without Borders fellow, and co-editor of "InterActive Faith: The Essential Interreligious Community-Building Handbook." She is married to Russel Neiss, a Software Engineer for Sefaria, and they have three wonderful children.

Cheryl Adelstein serves as the Deputy Director of the Jewish Community Relations Council.  She has more than 30 years of community relations experience in the St. Louis region, including serving as the Assistant Vice Chancellor for Community Relations and Local Government Affairs at Washington University in St. Louis and as the Executive Director of Central Reform Congregation.  In addition, she is the former board Chair of Cultural Leadership, and currently serves as the chair of the Cultural Leadership Advisory Council.  Cheryl’s role at the JCRC includes government relations, mobilizing the Jewish community to advocate on issues such as racial equity, immigration and criminal justice reform, and supporting Israel education efforts.

Cheryl received her B.A. from American University in International Studies and her Master of Government Administration from the University of Pennsylvania.

Cheryl is a native St. Louisan and resides in the Benton Park neighborhood of South St. Louis with her husband Daniel Davison.  They have two adult daughters.

Jennifer Swanson, the Director of Operations, thrives in organizations when she can utilize her appreciation of data and numbers in conjunction with words and relationships. She is happy to work alongside “the few but fierce” team at JCRC who are working passionately to create a more just, equitable, and pluralistic community.

Jennifer is passionate about public health care, museums, libraries, and education. She is not afraid to ask you to donate to one or more of her favorite non-profit organizations and believes every gift can make an impact.

Elyse Picker is thrilled to be joining the JCRC staff and looks forward to bringing her range of experiences to the organization. Elyse has worked in both the for-profit and non-profit sectors, primarily in project management and education. Most recently, Elyse has been the PJ Our Way Parent Connector for the St. Louis region, creating opportunities for tweens to engage with each other and to form connections between parents of tweens. Prior to that, she served as the co-director of Kol Rinah Early Childhood Center for five years, where she helped increase enrollment, improve staff benefits and establish more opportunities for family engagement. Although not a native of St. Louis, Elyse has lived here now for over a decade with her husband and thinks it’s a great place to be raising their three children.

Lauren Abraham is the Director of the Student to Student program in St. Louis. Lauren sees the Jewish high school students that come together from all three branches of Judaism as the torch lighters to combat antisemitism and share the Jewish narrative with students everywhere in order to improve so many aspects of our world today.

Lauren is a lifelong Jewish educator with six years of experience as a Day School leader in New York City at the Rodeph Sholom School. Prior to joining JCRC, she spent six years as the Education and Engagement Coordinator at the Jewish Federation of San Antonio. During this time she grew the PJ Library program, the Partnership2gether program with the Western Galilee in Israel, and helped engage the Jewish community with new initiatives and energy and spirit. Lauren is originally from Dallas, Texas, and earned her Master's at the University of Judaism in Los Angeles. She was also a passionate camper and staff member at Camp Sabra on the Lake of the Ozarks for many summers!

Lauren moved to St. Louis with her husband, Rabbi Jeffrey Abraham (Associate Rabbi at Congregation Bnai Amoona), and their three children, Benny, Henry and Joey who are students at the Saul Mirowitz Jewish Community Day School, and the Linda Rotskoff ECC at B'nai Amoona. They have all added the St. Louis Blues and Cardinals to their list of favorite sports teams, including Lauren's passions, the Dallas Cowboys and Texas Longhorns.

she, her, hers
Communications Associate

Connie Flachs is responsible for communicating all the important work JCRC does to the public. She brings with her a variety of experiences with arts non-profits, food justice-focused organizations, and her own organization the Better Body Image Conference. Prior to joining JCRC, Connie spent two years in Knoxville, Tennessee as an Americorps member. Connie is in the second year of her Master's of Social Work at Washington University. In her free time, you can find her taking dance classes at Big Muddy Dance Company, cheering on the Cardinals, or in the audience at the Muny.